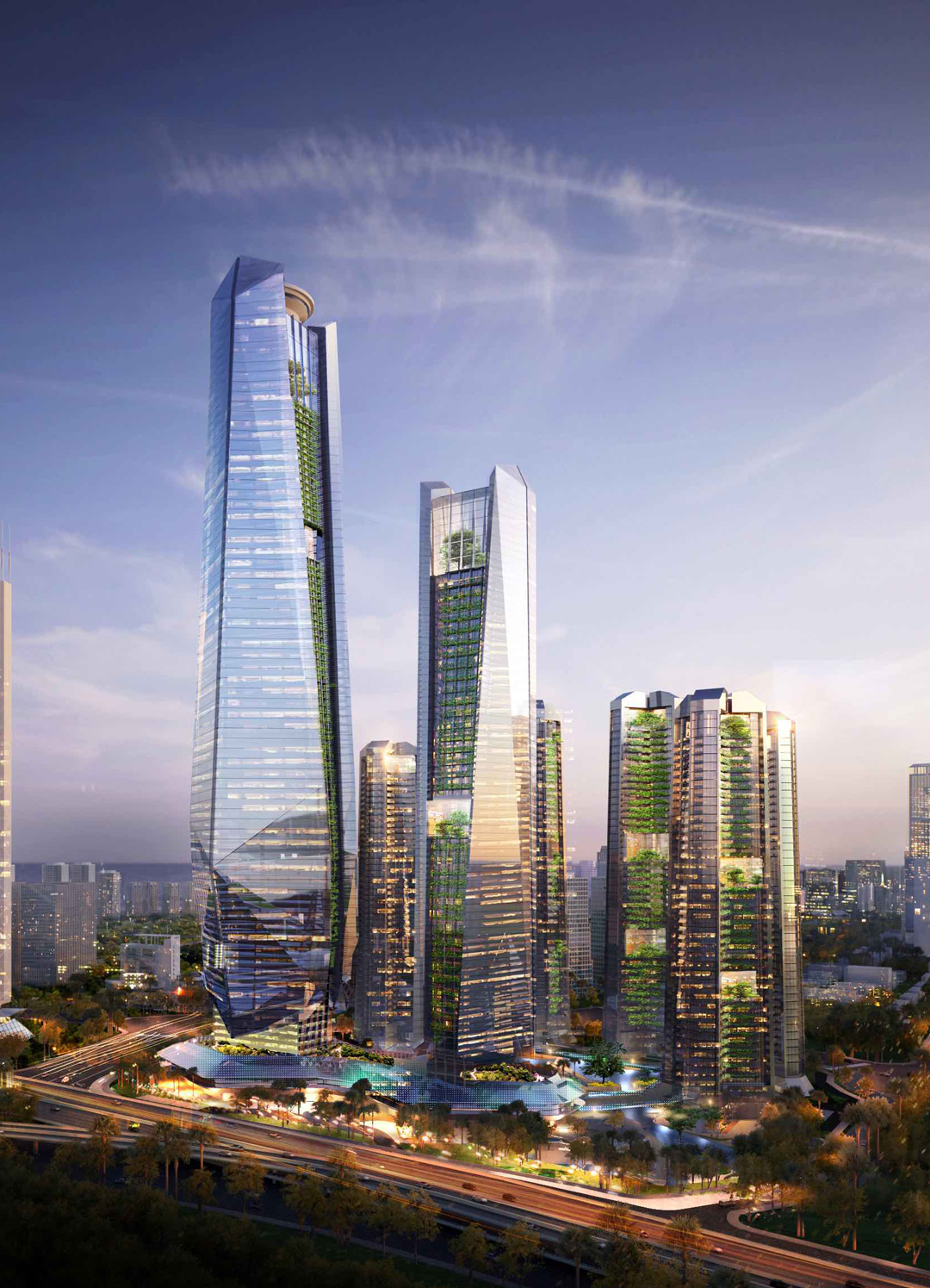 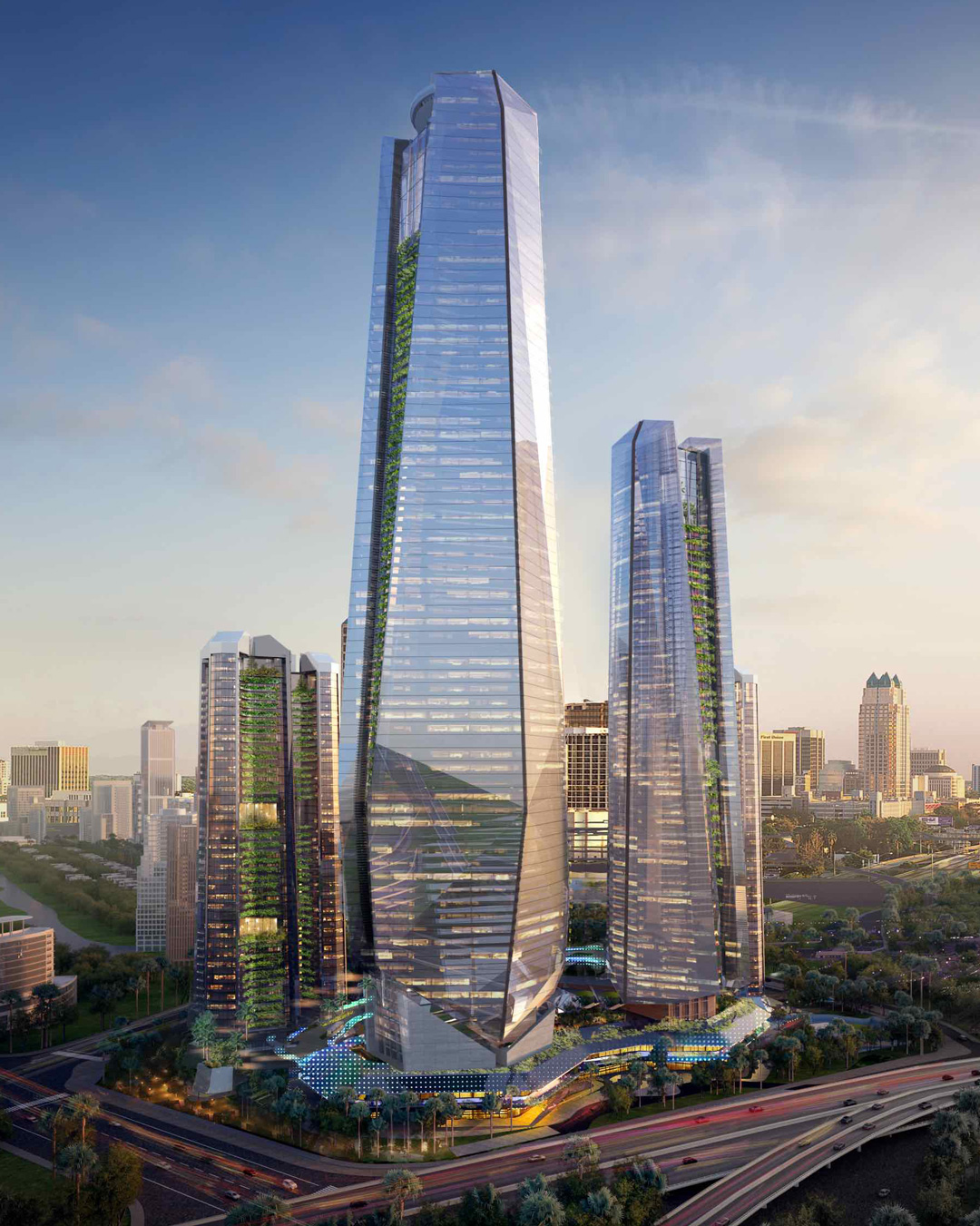 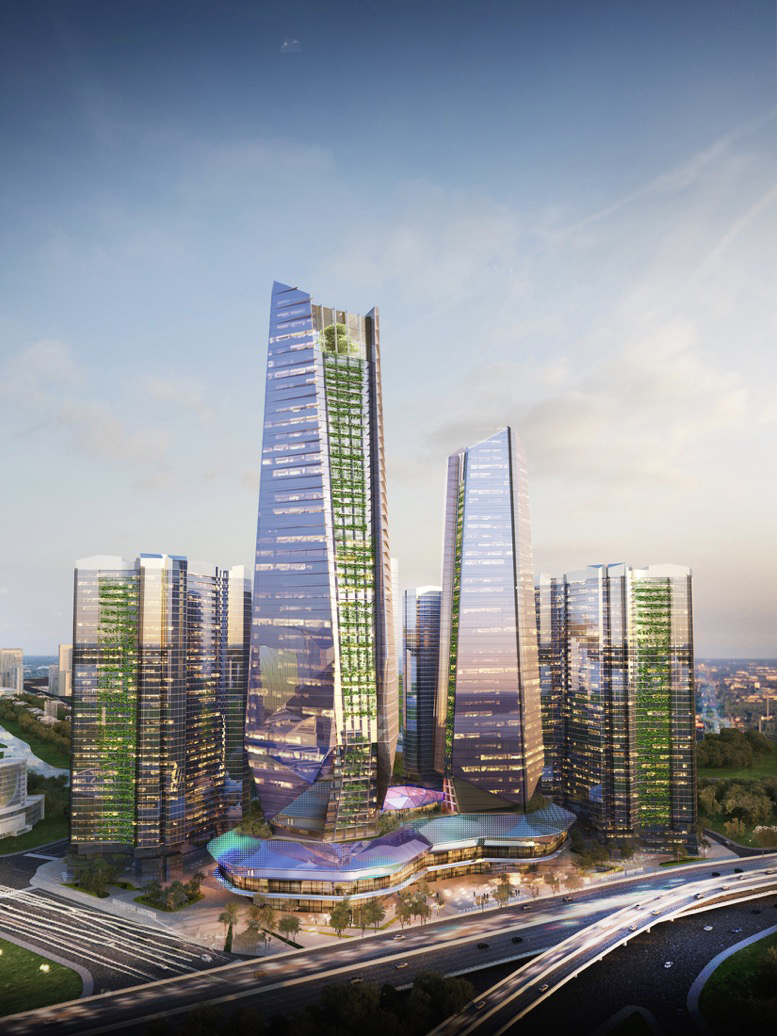 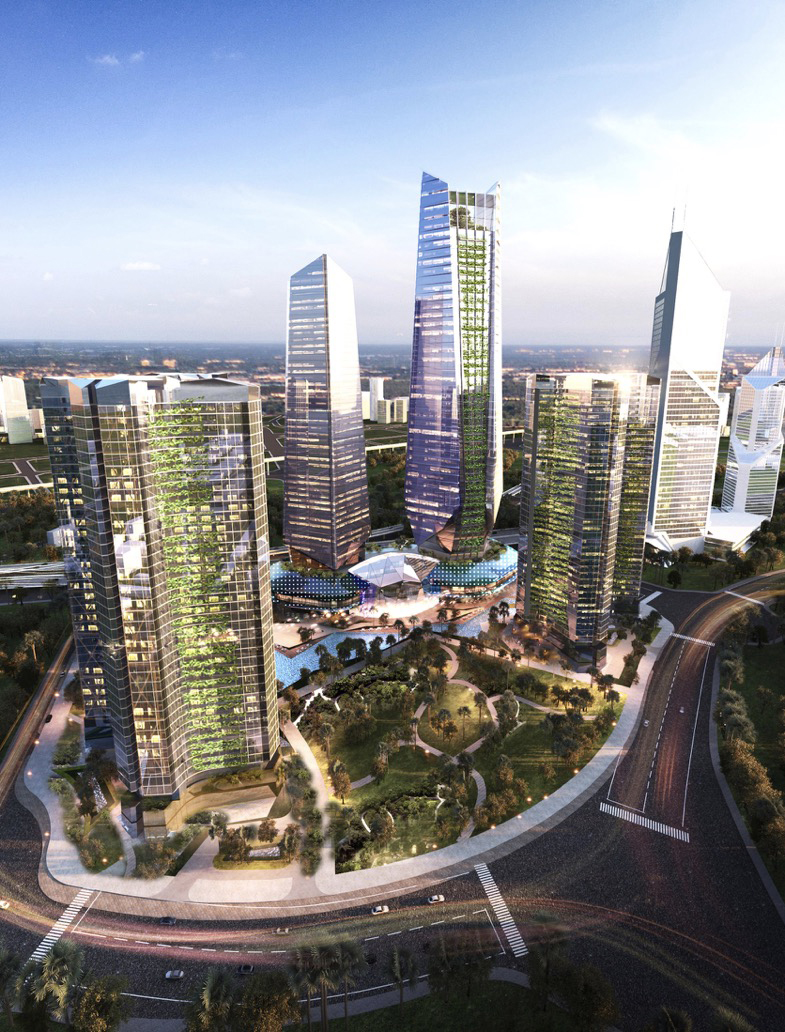 
KS Finance Hanoi Ciputra Tower on Hanoi, Vietnam, brings a futuristic atmosphere in the vicinity and welcomes the development wave of an economic center in the west. Inspired by the sci-fi movie Star Wars, the design resembles the imperial star cruiser, a crystal-shaped starship. Positioned upright and with triangular sleek and silver glass structures, the buildings display glittering effects that make them look like giant crystals.

The project provides an array of features from commercial, financial, office center, and hotel. With five towers to rise on the site, it would become Hanoi's major international trade center and shopping district. Moreover, the complex highlights a 6-star hotel tower operated by Accor, the world's leading hotel management group.

The residents and customers would enjoy a luxurious and futuristic experience through retail shops, food and beverage establishments, and hotel and residential amenities like the gym, spa, and pool. There is also a first-class IMAX cinema and a future technology center that offers different kinds of VR experiences like the ski VR that lets an individual learn how to ski in a VR setting before going to the podium and ski for real. The interiors of the residences and hotels exhibit a crystal and space-age facade. The guests and residents feel like they are journeying and traveling in a spaceship while inside the room.

KS Finance Hanoi Ciputra Tower's futuristic aesthetics is made balance with natural scenery. The greenery concept enhances people's well-being, and at the same time, the intention is that the residents need not go to a park, countryside, and into some natural landscape to recover from stress. The design closely connects the individual to nature right from the doorstep with a continuous lush landscaping that starts from the third floor of the towers up to the rooftop.

All in all, KS Finance Hanoi Ciputra Tower presents a futuristic lifestyle in its design, a triangular starship footprint with advanced digital attributes. True to Mercurio Design Lab's philosophy, the development reflects the union of the exterior and interior, which is easily visible in its form and functionality.